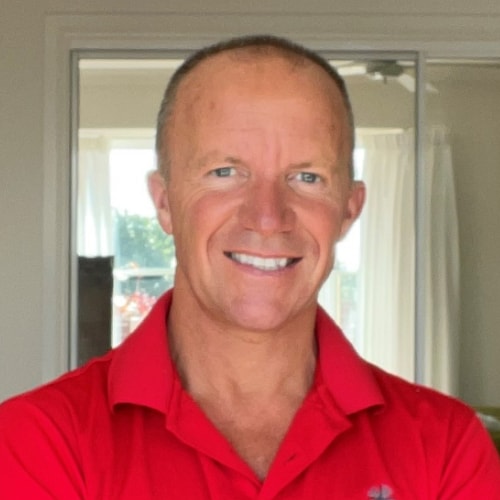 Darren is a Commercial Pilot (CPL) and has a few additional endorsements to his name. He has a degree in Business and a Diploma of Aviation and is a Ski, Snowboard and Wakeboard instructor! He holds RePL Multi Rotor, Powered Lift and Aeroplane categories, and type rated on all of our current Medium Category (>25KG) RPA.

At Ripper Corp, Darren does quite a lot. He essentially acts as the interface between CASA and the Academy itself. He looks after the ‘getting things done’ part of the business. As CRP, Darren’s job is varied and he fills gaps wherever needed when possible. He builds Ripper’s training courses, works with our technical writing team to build those courses into the legislative end of Ripper’s Operations Manual and Libraries, and approve (or disapprove) all of their flight operations under their Remote Operator’s Certificate.

Darren issues RePL licenses, gains approval and permissions for flight from CASA and other bodies. Additionally, he also issues Radio Operator’s Certificates and conducts all proficiency checks within the Academy. He is also passively responsible for injecting humour into the many Zoom and Teams meetings where appropriate.

Darren has been flying commercially in General Aviation (GA) on and off for a while, and loves teaching. He’s been flying models all his life and flying drones for about five years. The unmanned space is far more accessible when compared to commercial aviation, so in his mind, it made sense for him to follow his passion and share it with others.

As a part of Ripper, Darren loves the teaching aspect of what he does. Being able to deliver his knowledge to those who have never had any experience previously is invaluable and he strives to make it relevant and fun for all involved. The RPA landscape is so dynamic so it’s great to be able to put in the effort, build awesome training, get it approved and then deliver it.

Being involved with drones has given Darren the chance to see lots of amazing things – sharks, spotting and tracking and photography cinematography with DJI RPA.

Outside of work, Darren stays as fit as he can by running and/or cycling most days. As a P.O.M, he likes to get back to the U.K when he can and irritate his friends and family with his Australian accent, which he makes sure is very strong when he’s over there. He also loves travelling around Australia, camping and adventuring. Accompanied by his son, they love everything aviation (surprisingly) so they spend a lot of time dreaming up weird contraptions or modifying existing ones – so they can fly remotely – such as $10 Kmart Gliders! They have a Ragdoll cat which is very good at not only sleeping but playing hide and seek. He’ll appear from nowhere, airborne with legs splayed out and attach himself to your face or upper body briefly. Makes for great daily entertainment when Darren and the family aren’t flying RPA or big shiny aeroplanes.

Ready to join the future of drones?

Drones and drone technology are in an era of innovation. RipperCorp is the team leading that innovation from the front. You can view our courses and their upcoming dates or request a callback to engage us for drone operations.

Our team is highly skilled in beach search and rescue and is endorsed by the International Lifesaving Federation (ILS).

We’re dedicated to creating innovative solutions using drones and other technologies to save lives and protect communities.

From our groundbreaking work with the Little Ripper Lifesaver to our partnerships with universities and research organisations, we strive to bring the biggest and best ideas to life.